Paul has been flying unpowered Hang Gliders for over 30 years and powered Hang gliders for 20 years now. Paul holds the Federal Aviation Administration’s (FAA) highest ratings possible for Weight-Shift Control aircraft with a Private Pilot rating, a Certified Flight Instructor (CFI) rating, and is an FAA Designated Pilot Examiner (DPE) to test pilots for FAA sport pilot and flight instructor licenses. Paul has accumulated more than 2,000 flying hours to date and is also is an FAA certified flight instructor for light-sport airplanes. Paul wrote the FAA “Weight-Shift Control Flying Handbook” 8083-5 which is used as the basis for all trike training throughout the world.

Paul began as a flight instructor 30 years ago teaching Hang Gliding with a local ski shop, as well as, developed and taught Hang Gliding with the University of Nevada Reno as a credit course in the athletic department.

In 1978, Paul was issued a US Patent # 416406 for a variable camber inflatable hang gliding wing he developed, built and flew in college. He graduated from the University of Nevada Reno with a Bachelor of Science in Mechanical Engineering specializing in Aeronautics. Paul went on to work as an Engineer in Design, Analysis, and Flight Testing for the Lear Fan 2100 business turboprop/jet.

Hang Gliding Tahoe allows Paul one of his greatest passions in life, to introduce and train people to flying one of the easiest to fly and most fun aircraft available.

Flying a powered hang glider above Lake Tahoe is THE exhilaration of a lifetime! Book a Flight Experience. 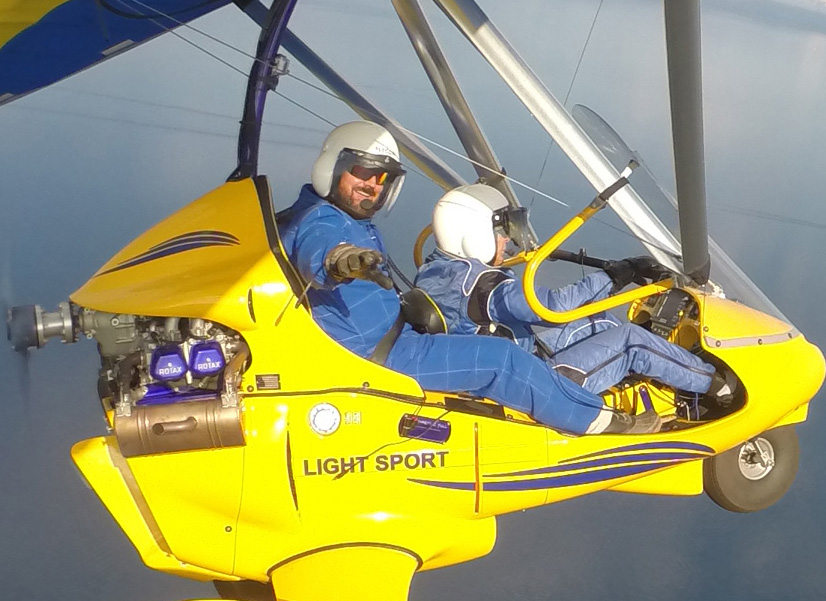